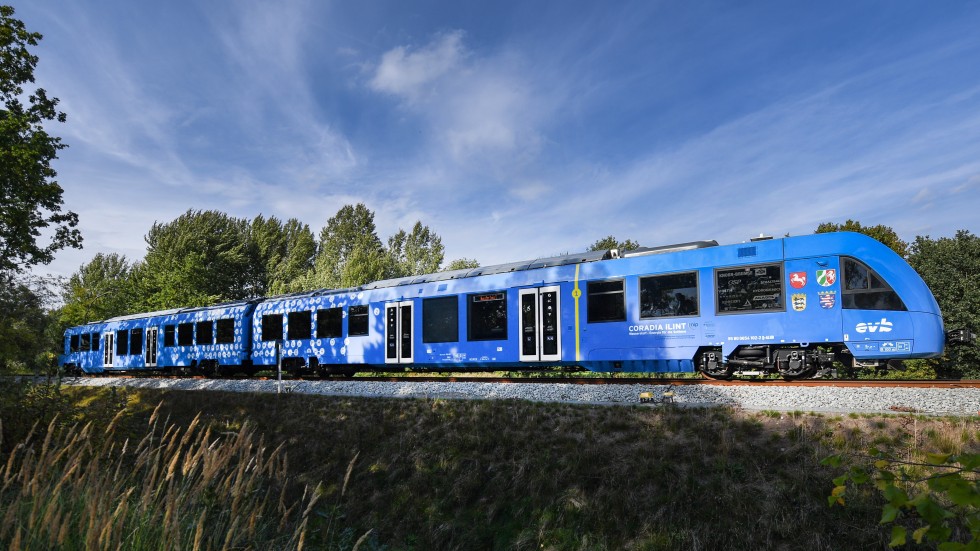 Hydrogen exists in abundance through water that is made of 1 molecule of hydrogen and 2 from Oxygen. There has been a lot of effort to make it as a substitute for fossil fuel. After long research three major car manufacturers, Toyota, Honda and Hyundai, came up with their own version of the hydrogen car.

The car is still at their early stage of acceptance with not enough refilling stations to justify their adoption. California is committed to support this type of cars but at a slow pace in contrast to electrical cars that they already have plenty of charging stations across the state. Hydrogen refilling stations are similar to Gas stations and the time is almost the same. The range is 300 miles for a complete refill much better than most EV cars. The present number of hydrogen vehicles in California is over 5,000 versus little less than 400,000 for electrical cars with a target to reach 1,500,000 by 2025 and 5,000,000 by 2030. There is a big gap that could only rectified if the cost of hydrogen to call below the gas rates and with production that does not produce CO2 emission.

The worst production of hydrogen is from Natural Gas because when get hydrogen you are left with CO2 emission, so this is a bad choice. The best option right now is water, but the energy used to break the oxygen and retrieve hydrogen is very high. There are a lot of research going on to get hydrogen cheaper and from renewable clean energy. One breakthrough came from ‘The Commonwealth Scientific and Industrial Research Organization’ (CSIRO) in Australia to solve few problems related to production and transportation. They recently announced,

“that researchers were able to turn hydrogen into ammonia and back again using unique membrane technology, meaning it could be shipped worldwide for use in hydrogen-powered vehicles.”

Hydrogen cars technology is split between combustion and electrical cars. Similar to an internal-combustion engine they have a pressurized hydrogen tank when burned will release electricity that will drive electrical motors similar to EV cars. This technology is so clean that the output released is water and heat.

Even though hydrogen cars are in their early maturity stage and until few issues are solved (to lower the cost of hydrogen production and introduce a large infrastructure for hydrogen refuel stations) Germany is exploiting this technology to drive their trains by hydrogen fuel to replace their diesel fleet.

In one of kind announcement, the European railway manufacturer Alstom, declared “the World’s first hydrogen-powered train, the Coradia iLint, enters into service”. The train was tested to have a speed of 140 kilometers per hour.

They also announced, “two models of the low-noise, zero-emissions train will enter commercial service in Lower Saxony, Germany, today. Fueled via a mobile hydrogen filling station, the trains will run on around 100 kilometers of line between the locations of Cuxhaven, Bremerhaven, Bremervorde and Buxtehude.”

Henri Poupart-Lafarge, Alstom’s chairman and chief executive officer, also announced that,
“The Coradia iLint heralds a new era in emission-free rail transport,” he also added. “It is an innovation that results from French-German teamwork and exemplifies successful cross-border cooperation.”

This could be start a new era for clean energy within the guidelines of The European Commission that described “hydrogen as an energy carrier with great potential for clean, efficient power in stationary, portable and transport applications.”