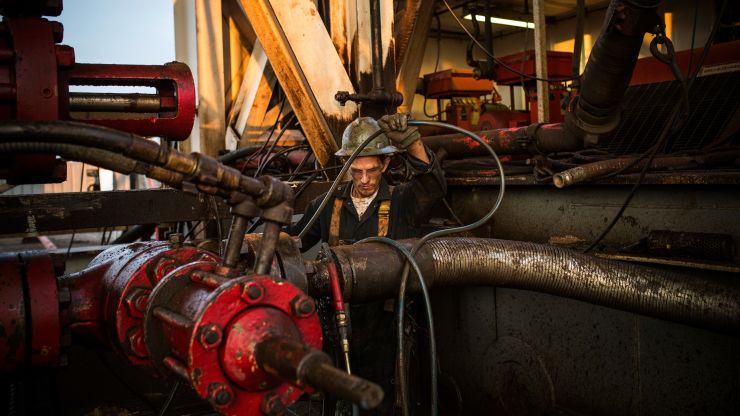 Oil prices fell on Tuesday on persistent concerns over future demand, but losses were capped by optimism U.S.-China trade tensions will ease and hopes major economies will take stimulus measures to ward off a possible economic slowdown.

The United States said it would extend a reprieve that permits China’s Huawei Technologies to buy components from U.S. companies, signalling a slight softening of the trade conflict between the world’s two largest economies.

“The U.S.-China trade spat has been at the centre of the oil market demise, which has sent the global economy to the brink of recession and negatively impacted oil demand forecasts,” Stephen Innes, managing partner at VM Markets, said in a note.

Concerns over the overall level of demand for oil continue to weigh on crude prices. The Organization of the Petroleum Exporting Countries cut its forecast for global oil demand growth in 2019 by 40,000 barrels per day (bpd) to 1.10 million bpd and indicated the market would be in slight surplus in 2020.

A rally in equity markets around the world on growing expectations that global economies will take action against slowing growth also gave oil prices a floor.

Germany’s coalition government said it would be prepared to ditch its balanced budget rule and take on new debt to counter a possible recession.

“China’s announcement of key interest rate reforms over the weekend has driven expectations of an imminent reduction in corporate borrowing costs,” Cantor Fitzgerald said in a note.

Traders were also watching for signs of tension in the Middle East after the United States described as unfortunate the release of an Iranian tanker at the centre of a confrontation between Iran and Washington, warning Greece and Mediterranean ports against helping the vessel.

“Your brand is what other people say about you when you are not in the room.” – Jeff Bezos – Visit The Online Publishers TOP online influencers for influencer marketing services.

Digital Marketing Agency – What to Expect From

A Way To Promote Foreign Direct Investments Thanks To TOP Platform.

What are the factors that affect  foreign direct investment(FDI)?

3 Reasons To Think About TOP For Online Reputation Building.

2 Reasons All Online Reviewers Need To Be With TOP.

3 Ways To Get Success With Freelance Jobs On TOP.

How TOP Helps When You Need To Know How To Repair A Bad Reputation.

Democratic hopeful Steve Bullock on what Amazon and President Trump have in common, and why young voters should care.