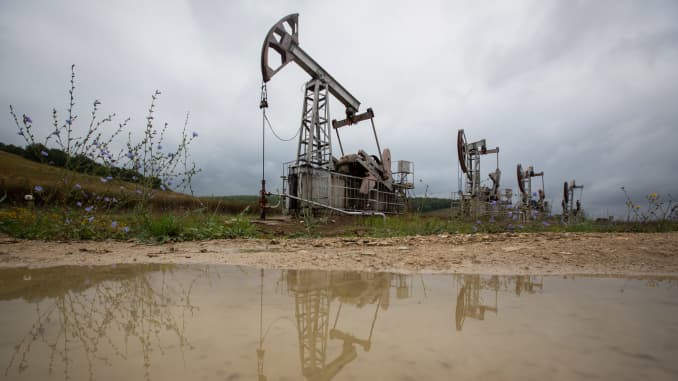 Oil prices jumped on Thursday after OPEC and its oil-producing allies said the group would keep production largely steady through April. Saudi Arabia also said that it would extend its one million barrels per day voluntary production cut into April.

The group approved the continuation of current production levels for April, except that Russia and Kazakhstan will be allowed to increase production by 130,000 and 20,000 barrels per day, respectively.

Analysts had broadly expected OPEC+ to reverse some of the output cuts it made last year.

Crude futures have soared to pre-virus levels in recent weeks, driven higher by substantial OPEC+ production cuts and the mass rollout of Covid-19 vaccines in many high-income countries.

Ahead of the meeting, OPEC’s de facto leader Saudi Arabia has publicly encouraged allied partners to remain “extremely cautious” on production policy, warning the group against complacency as it seeks to ensure a full oil market recovery.

Non-OPEC leader Russia, meanwhile, had indicated that it wanted to push ahead with a supply increase, claiming last month that the market has already balanced.

Energy analysts told international-diplomacy.com earlier this week that they had expected OPEC+ to discuss allowing as much as 1.3 million barrels per day back into the market for April and perhaps beyond.

Oil pumping jacks, also known as “nodding donkeys”, are reflected in a puddle as they operate in an oilfield near Almetyevsk, Russia, on Sunday, Aug. 16, 2020.
Andrey Rudakov | Bloomberg via Getty Images

“I understand that it is not just April that they are talking about. (Saudi Arabia is) essentially saying to everybody: ‘Look, it is April and May.’ Just like they did in January when they discussed Feb. and March output,” Sen said.

Saudi Arabia understands that oil producers, such as Russia, Iran and the United Arab Emirates, are willing to start pumping more oil into the market, she continued. However, Riyadh remains “laser focused” on bringing down global oil inventories to the industry’s five-year average and thus will push for the group to hold off on reversing cuts until May.

OPEC+ initially agreed to cut oil production by a record of 9.7 million barrels per day last year, before easing cuts to 7.7 million and eventually 7.2 million from January.

OPEC kingpin Saudi Arabia has since taken on voluntary cuts of 1 million from the beginning of February through March.

“Characteristic of the typical divisions within OPEC+, the meetings will be home to passionate debate reflecting quintessentially different views and interests. Saudi Arabia remains the core force behind the market management strategy and is by far the most cautious out of all member states,” analysts at Eurasia Group said in a research note.

“Complex and contradictory dynamics that have emerged in the last few days will complicate decision-making, but on balance the most likely outcome is tapering by about 1 million bpd, which would include a partial rollback of Saudi Arabia’s earlier 1-million-bpd cut.”

VIENNA, AUSTRIA – 2018/06/20: OPEC logo is seen at the Organisation of Petroleum Exporting Countries (OPEC) building in Vienna. The 174th OPEC meeting will be held on the 22th June 2018 in Vienna. (Photo by Omar Marques/SOPA Images/LightRocket via Getty Images)
SOPA Images | LightRocket | Getty Images

Ahead of Thursday’s meeting, OPEC Secretary General Mohammed Barkindo stressed the need to remain cautious as several ministers pushed for the loosening of production quotas.

He warned the Covid crisis still posed downside risks to the global economy and the distribution of vaccines, which favor the world’s richest nations, may lead to an uneven recovery.

“The speculation is that Saudi Arabia could actually surprise the market by not returning its two-month unilateral cuts of 1m bl/day which it is holding through February to March 2021,” Bjarne Schieldrop, chief commodities analyst at SEB, said in a note.

“Our expectation is that OPEC+ will increase production by between 1-1.5m bl/day in April 2021. If the group only increases by 1m bl/day, it would imply that Saudi Arabia keeps holding back unilaterally more than its fair share of the burden in order to support the market further,” Schieldrop added.