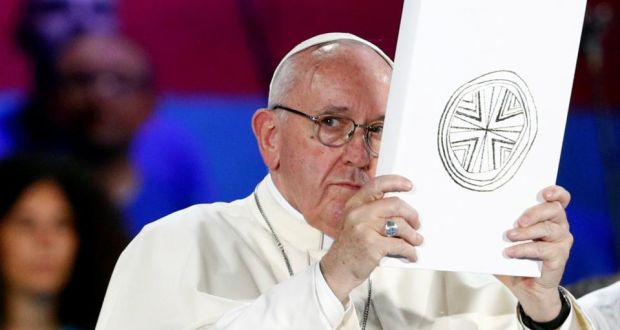 The Pope is facing a new challenge, MeToo the Nuns’ Version.

The MeToo movement has finally reached the impotent marginalized part of society, the movement have generated a moment of freedom for those whose voices are barely heard. Nuns have finally decided to come forward and speak up about the unprecedented events of sexual abuse they had to endure for years over the hands of their superiors in church. Due to the predator’s higher status in church they gave themselves the authority to control nuns live and take over their bodies. But enough Is enough, many nuns are now coming forward with allegation against their church leaders. Many cases are emerging from different parts of the world especially in Europe, Africa, south America and Asia.

Voices have reached the Vatican; however, members of the Vatican did not comment on the matter. Utterly speaking the Vatican have centered their attention for years on those who they consider the most vulnerable in society: children. A Vatican official claimed that “it is up to local church leaders to sanction priests who sexually abuse sisters.” However, Women will be easily victimizing by their predators when they hold higher hierarchical position. They will also face many obstacles when trying to speak up especially when their allegations aren’t taken seriously.

According to an article run on Canada’s CBC, “#MeToo reaches Vatican as nuns denounce abuse from priests”

Voices of nuns from all around the world have been recently flooding the news. One of those cases include a nun from India who finally broke her silence and filed a police report against a bishop who she claims raped her. Nuns being sexually abused by priests or bishops shouldn’t be a surprise for people. According to a source nun were considered to be a safer and easier option for sexual predators in the church.

“I am so sad that it took so long for this to come into the open, because there were reports long ago,” Karlijn Demasure, one of the Church’s leading experts on clergy sexual abuse and abuse of power.

From Hollywood to social media to nuns, stories of victims are being heard and shared, it is safe to say that this movement have been a revolution and a moment of liberation for those who are vulnerable in a society and we can say that it finally allowed victims to draw a line for their abusers. Hopefully this movement will be a learning lesson for abusers and that it will help lower the rate of sexual abuse cases around the world and in the coming years.