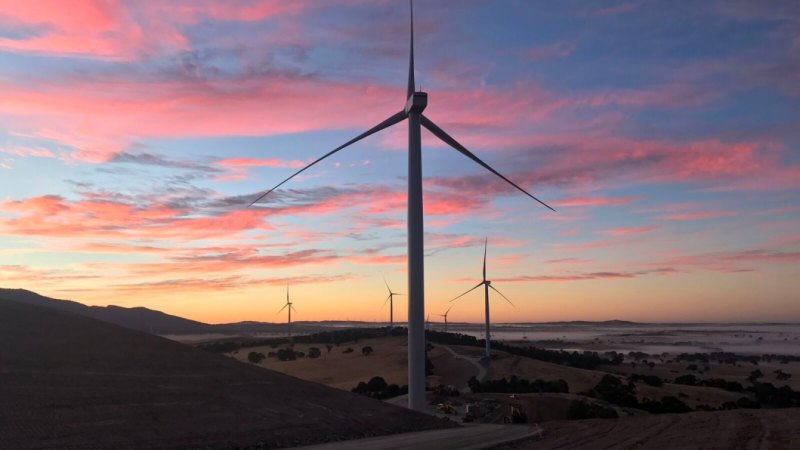 The fifth-largest bank in the world says Australia’s lack of an energy policy is not stopping “a wall of investment” into Australian renewable energy sector despite industry claims of slowing interest.

The energy sector has said the inability of multiple federal governments to craft a long-lasting energy policy, as demonstrated by the collapse of the government’s National Energy Guarantee policy, has put a handbrake on investment in new power generation in the country.

This flies in the face of industry leaders such as EnergyAustralia chief executive Cath Tanna, who believe the sector was cutting long-term power investments in the wake of a ‘policy paralysis’.

”There’s still a wall of investment looking for a home,” Mr Ward said.

MUFG is one of the nation’s largest renewable lenders, with more than $1 billion in renewable loans on its books, such as Tilt Renewables’ under-construction 1-gigawatt Dundonnell wind farm in Victoria.

We see a pipeline of around 30 gigawatts of renewable energy projects seeking investment over the coming years, that are worth around $30 billion to $40 billion

Mr Ward said even as some lenders are reducing their risk by deleveraging deals, borrowers are more confident in renewable generation’s future returns.

“We’re seeing increasing levels of aggression and these groups taking more risks to get these projects forward,” Mr Ward said.

“They’re pricing this risk into the market.”

Mr Ward said this is being supported by more buyers of renewable power, including corporates and state governments, through programs such as Victoria’s VRET and Queensland’s Powering Queensland initiative, which aim to boost renewable generation in these states.

He said this willingness to increase risk exposure played a role in the recent collapse of engineering group RCR Tomlinson.

RCR went into administration with debts of nearly $630 million after it left itself overexposed to solar farm projects that took longer to complete than contracted, forcing RCR to absorb the higher cost overruns.

The Clean Energy Council said in 2018 alone there was more than $20 billion in investment across 83 renewable energy projects.

“There were nearly 30GW of new solar, wind and storage projects added to the pipeline in 2018, over half of these were in NSW,” Mr Farrugio said.

“This averaged more than 2GW per month; up to 70 per cent were from overseas investors. Clearly, the appetite from overseas is strong and policy is not driving this interest.”

EY global transaction analyst Matt Rennie said even in the wake of RCR’s collapse the investment pipeline remains strong in 2019 and beyond.

“We see a pipeline of around 30 gigawatts of renewable energy projects seeking investment over the coming years, that are worth around $30 billion to $40 billion,” Mr Rennie said.

“Of those, around $15 billion to $20 billion will be going ahead to a financial close in the next 15 to 20 years, on top of finance already committed.”

“It’s critical that we increase the amount of finance available for large-scale renewable energy projects, especially at the early stage of development. These projects require a strong capital base and a long-term commitment to investment returns, making them ideally suited to institutional investors.”

Corporates are also supporting this boom, as they invest and underwrite more renewable generation.

Mr Ward said the rise of power purchase agreements or ‘offtake’ agreements- companies buying power to be generated from yet to be built wind and solar farms – have been used instead to support the construction of these projects.

Mr Ward said even with these risks the transition away from coal-fired power to more wind, solar and hydro generation is inevitable, and investors are looking to secure a stake in this.

This transition was supported by energy giant BP’s research which said renewables will be the main source of global energy by 2040, supported by rapid investment in new wind and solar farms.

Renewable generation has now reached its highest levels of penetration in Australia since the 1970s, accounting for 21 per cent of all generation in 2018. It accounted for only 8.5 per cent in the early 2000s.