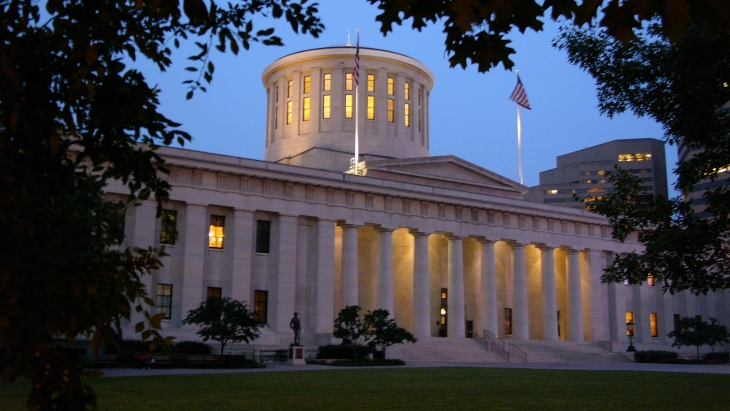 HB 6, the bill that would create the Ohio Clean Air Program, was introduced on 12 April by Ohio Representatives Jamie Callender and Shane Wilkin. It aims to provide incentives to build and maintain zero and reduced carbon emissions generation facilities in the state while lowering customers’ electric utility bills.

“We all have a duty to be stewards of the environment,” Speaker Larry Householder said. “We can all agree that we need to improve the quality of our air, water and ground. We must ensure these are as clean as practical and we leave our environment healthy for our children and grandchildren. This programme will steer our state in the right energy and clean air direction for 11.6 million Ohioans.”

“With the introduction of the Ohio Clean Air Program, Ohio can protect its largest clean energy source,” Maria Korsnick, president and CEO of the US Nuclear Energy Institute, said. “Without legislative action, Ohio will lose permanently a reliable, resilient and emissions-free source of energy. The Ohio legislature can take a leadership role alongside New York, Illinois, Connecticut and New Jersey and pass the Ohio Clean Air Program to protect its clean air, well-paying jobs, local communities and reliable carbon-free energy.”

HB 6 is not the only zero-emissions bill to have been considered by the Ohio legislature. In October 2017 one was introduced to establish the Zero Emissions Nuclear programme to support the state’s two nuclear plants, but that bill did not proceed.

Ohio is one of a number of US states in deregulated electricity markets where generators sell power to suppliers through competitive auctions. Nuclear plant operators in such markets have faced competition from low-cost gas and subsidised wind power, leaving well-performing nuclear units at risk of closure for economic reasons. Nuclear operator FirstEnergy has already notified regional transmission organisation PJM Interconnection of its intention to deactivate its Davis-Besse and Perry plants during the next three years in the absence of legislative policy solutions to keep the plants operating.

States including Illinois, Connecticut, New Jersey and New York have already taken legislative action to recognise the attributes of their nuclear power plants. The US Supreme Court yesterday rejected appeals challenging those programmes in New York and Illinois.

Exelon Corporation – which operates nuclear plants in both those states – said: “Today our nation’s highest court let stand two appellate court decisions affirming that states have a right to protect their citizens by favouring clean energy – including nuclear – over pollution-emitting energy from coal, oil and natural gas power plants. This decision is a win for consumers, policymakers and regulators in states that choose to support the continued operation of nuclear plants as part of efforts to reduce carbon emissions and address the effects of climate change.”

Sell your photos online with the online publishers