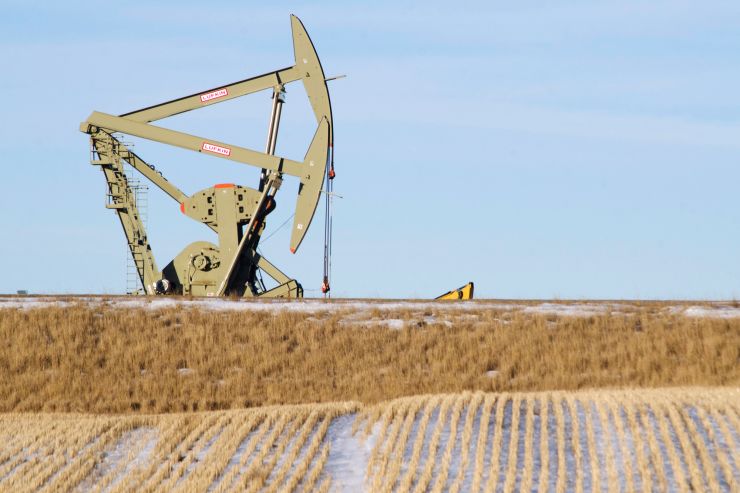 Oil prices fell on Thursday, weighed down by data showing a smaller-than-expected draw on U.S. crude stockpiles and worries about the global economy.

Markets appeared unmoved by the detention in Gibraltar by British Royal Marines of a supertanker possibly carrying Iranian crude oil bound for Syria, as tensions between Iran and the United States have flared over mysterious attacks on tankers in the Gulf of Oman in recent months.

“Gains were capped by the Energy Information Administration (EIA) reporting a weekly decline of 1.1 million barrels in crude stocks, versus the 3 million barrels forecast by analysts and 5 million barrels reported by the API a day earlier,” Cantor Fitzgerald Europe said.

“Also providing headwinds were signs of a recovery in oil exports from Venezuela in June and growth in Argentinian output in May,” it added.

U.S. inventories fell less than expected as U.S. refineries last week consumed less crude than the week before and processed 2% less oil than a year ago, the EIA data showed, despite being in the midst of the summer gasoline demand season.

That suggests oil demand in the United States, the world’s biggest crude consumer, could be slowing amid signs of a weakening economy. New orders for U.S. factory goods fell for a second straight month in May, government data showed on Wednesday, adding to the economic concerns.

“Tossing aside the short-term nature of fluctuations around the inventory data, it’s impossible to escape the economic reality that we are in the midst of a global manufacturing downturn,” said Stephen Innes, managing partner, Vanguard Markets.

The weakness in oil was offset slightly by the broader outlook for global supplies.

U.S. energy firms this week reduced the number of oil rigs operating for the first time in three weeks as drillers follow through on plans to cut spending this year.

Global supply is also expected to contract as the Organization of the Petroleum Exporting Countries and other producers such as Russia, a group known as OPEC+, agreed on Tuesday to extend oil production cuts until March 2020.

5 Reasons TOP Is The Best Digital Marketing Agency To Sign Up With.

The Online Publishers TOP Platform Is No. 1 Choice for Press Release Distribution.

You Need TOP Online Reputation Building Today For These 3 Reasons.

How To Get Fast Google Reviews Online.

3 Reasons To Start Getting Online Reviews With TOP Today.

3 Steps To Making More Money Online With Translating Through TOP.

How & Where to Gamble When Travelling in the Middle East.

Hiccups in a newborn could mean their brains are developing say researchers.

Prada will host its Resort 2021 fashion show in Japan.

How to find out if you’re eligible for Italian citizenship by descent.