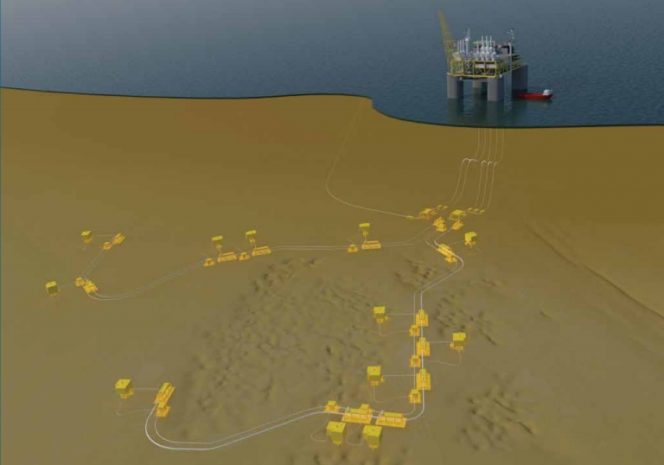 Australian oil and gas company Woodside has completed subsurface studies on the Scarborough gas field, resulting in a resource volume increase of 52 percent.

Woodside said on Friday that the estimated gross contingent resource (2C) dry gas volume for the Scarborough field increased to 11.1 tcf, up 52 percent from 7.3 tcf.

It is worth noting that Woodside is the operator of these retention leases.

As a result of the volume increase, Greater Scarborough contains an estimated gross dry gas contingent resource (2C) volume of 13.0 tcf, a 41 percent increase from the previous 9.2 tcf.

Also, a comprehensive integrated review of the wireline log data and measurements from special core analysis increased net sand proportion and gas saturations. According to Woodside, assurance of this work was provided by an external independent reserves auditor.

It is worth noting that Woodside’s overall corporate contingent resources (2C) increased by 503 mmboe to 6,020 mmboe.

Woodside CEO Peter Coleman said: “Our understanding of the value of the Scarborough gas resource has increased after applying leading-edge technology to geophysical data collected since the field’s discovery almost 40 years ago.

“By unlocking the huge potential of the Scarborough gas resource we’ve strengthened the case for the development and extended the expected cashflow from Scarborough for years. This resource upgrade further improves Scarborough’s existing value proposition as we target the delivery of a new, globally competitive LNG project from 2024.”

Woodside took over operatorship over the Scarborough project off W. Australia from ExxonMobil in 2018. Woodside paid $444 million for Exxon’s share and will pay $300 million following a positive final investment decision to develop the Scarborough field. The FID is expected to be made in the first half of 2020.

The Scarborough gas field, discovered in 1979, is located off the coast of Western Australia approximately 220 kilometers northwest of Exmouth in 900 meters of water. It is one of the most remote of the Carnarvon Basin gas resources. Woodside first bought a stake there in 2016 from BHP Billiton.

Scarborough gas would be initially processed on a deep-water floating production unit and transported through a 430 km pipeline to a proposed second LNG production train at the existing Woodside-operated Pluto LNG facility on Western Australia’s Burrup Peninsula.

The passage of the law last week follows a contentious citizenship registry process in northeast India’s Assam state intended to weed out people who entered the country illegally.

Online Reputation Management with the Help of Content Creation Services

Getting The Best In Online Marketing With The Trend It Service.

Tips to help you choose the best digital marketing agency to boost your tourism sector.

The Role Of Social Media In Online Lobbying.

3 Reasons To Sign Up With Top Digital Marketing Platform.

About Search Engine Optimization “SEO”: What does it involve?

3 Reasons You Need To Make TOP Your Digital Marketing Hub.

3 Reasons To Think About TOP For Online Reputation Building.

2 Reasons All Online Reviewers Need To Be With TOP.

3 Ways To Get Success With Freelance Jobs On TOP.

3 Great Benefits For Writers In Content Creation To Join With TOP.