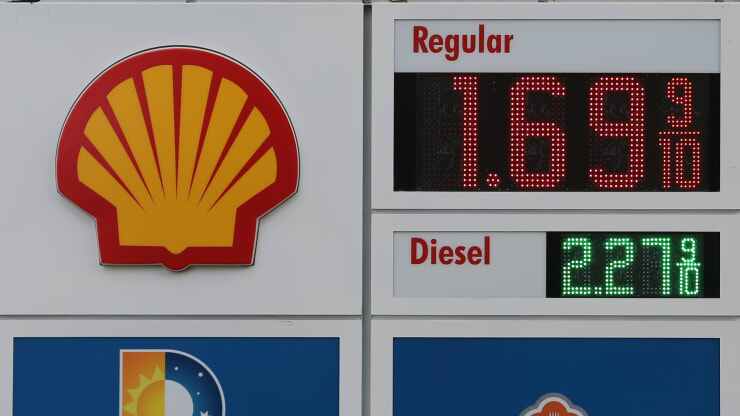 Oil giant Royal Dutch Shell said on Tuesday it will write down the value of its assets by up to $22 billion in the second quarter, after revising down its long-term outlook for oil and gas prices.

It comes after the energy company announced in mid-April an ambition to reduce greenhouse gas emissions to net zero by 2050.

Shell said in a statement to investors that it had reviewed a significant portion of its business given the impact of the coronavirus pandemic and the “ongoing challenging commodity price environment.”

It said it would take aggregate post-tax impairment charges in the range of $15 billion to $22 billion in the second quarter.

Shares of the Anglo-Dutch company were over 2.4% lower during early morning deals.

Earlier this month, U.K.-based energy giant BP also said it would incur non-cash impairment charges and write-offs in the second quarter, estimated to be in an aggregate range of $13 billion to $17.5 billion after tax.

Shell said it expected international benchmark Brent crude prices to average $35 a barrel in 2020, down from a previous forecast of $60.

The firm also lowered its Brent price forecast to $40 in 2021 and $50 in 2022, having previously said it expected prices to average $60 for each respective year.

Henry Hub is a natural gas pipeline located in Louisiana and serves as the official delivery location for futures contracts on the New York Mercantile Exchange.

If you are looking for one of the best online translators globally, then look no further. With The Online Publishers “TOP” translating services company, you will get the best offers on services never seen with other translation companies. In addition to other online translation and various software tools, some native translators offer their services diligently and proficiently who are highly recommended.