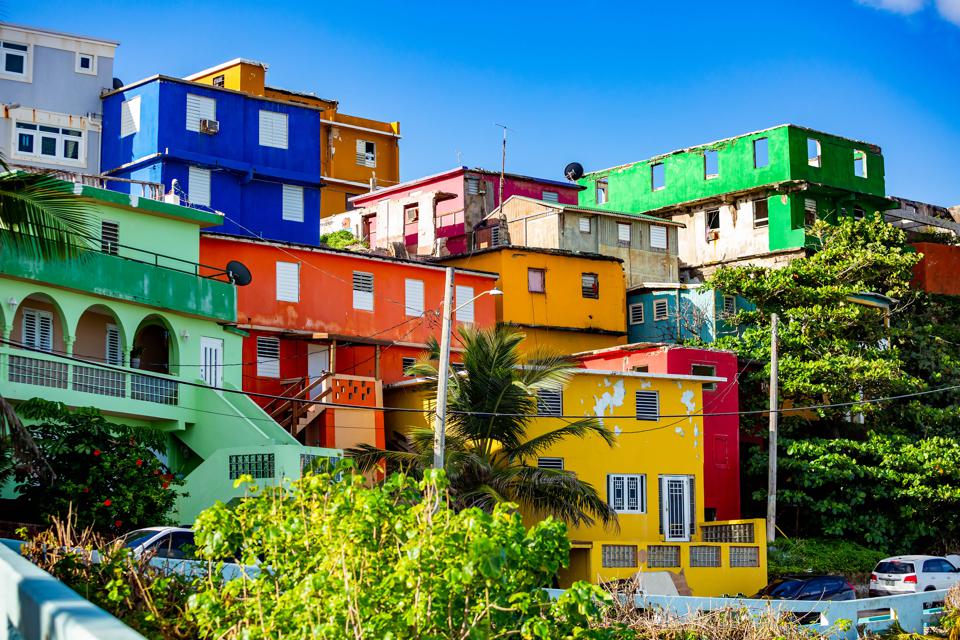 Puerto Rico sits in the eye of what’s been the busiest hurricane season on record with an old and historically unreliable power system. The all-too-common occurrence of blackouts left more than 400,000 people in San Juan in the dark hours before Tropical Storm Isaias made landfall on the U.S. territory. Isaias is the latest storm to test Puerto Rico’s preparedness after Hurricane Maria tore apart its electric grid in 2017.

Lack of funding to rebuild critical infrastructure and the Trump administration’s ongoing neglect have elevated the risk that unimaginable human suffering awaits with the next storm.

There are few places where social, economic and environmental inequality are on display more starkly than in Puerto Rico. Only months ago a series of earthquakes dealt another blow, causing widespread blackouts and leaving thousands of people without shelter in Guayanilla and other towns on the southwest corner of the island. Now, the coronavirus has halted an already struggling economy. Relief can’t come fast enough.

Energy is a lifeline for the people of Puerto Rico to access clean water, food and health services. Yet three years after Maria, work to rebuild the electric system has barely begun and blackouts are commonplace. Rural communities remain the hardest hit.

Complicating matters is the premium Puerto Ricans pay for energy that is both dirty and unreliable because of an outdated, centralized power infrastructure. Most electricity is generated from old oil-burning power plants fed by expensive imports, then transported by a fragile, decrepit delivery system. The poor design, with heavy reliance on fossil fuels, adds to high electricity costs and air pollution that harms people’s health.

Many actions are required to right decades of wrongs in Puerto Rico. One of them is a reliable and resilient energy system built to withstand an increasingly volatile climate. But resiliency alone is not enough. Puerto Rico deserves a cleaner future that puts families and communities first in delivering safe, affordable and reliable energy.

Leaders in Washington and San Juan should look for solutions bubbling up from the communities across the island, which amid a global pandemic are even more exposed than they were before Maria. Policymakers can support them by removing barriers that maintain a centralized system and providing incentives for communities to invest in and develop distributed resources using rooftop solar and other innovative technologies.

Although the need to reinvent the electric grid to better serve all communities is obvious, there is a troubling history of special interest groups representing large energy projects being prioritized over the public good. Many communities have little faith that the Puerto Rico Electric Power Authority will be responsive to widespread calls for affordable, locally produced energy such as rooftop and community solar power.

Now, PREPA has an opportunity to make lasting improvements to the electric grid through its integrated resource plan, a 20-year roadmap for how the public utility will develop energy resources. Unfortunately, the process has been marked by delays, and PREPA’s revisions fall well short of the government’s pledge to generate 40% of energy from renewable sources by 2025 and for Puerto Rico to hit 100% renewables by 2050.

PREPA and Puerto Rico’s elected leaders must prioritize the island’s long-term energy transition by actively listening to all stakeholder input, including that of communities and local non-governmental organizations. These groups have demonstrated tireless leadership to meet critical needs through an array of crises. They deserve our attention.

A community-first approach is the only way to shape Puerto Rico’s energy future so that it serves the people, the economy and the environment in a reliable and equitable way. Sierra Club and Environmental Defense Fund are working together with communities and local groups to advocate for the solutions that will make this a reality. Clean energy and community leadership are key to a system that will protect the island from the next storm and improve the lives of all Puerto Ricans.

The Online Publishers is a blogger platform that can help you achieve those high engagement rates. This international marketplace will bring you close to the clients and enable you to market your services.