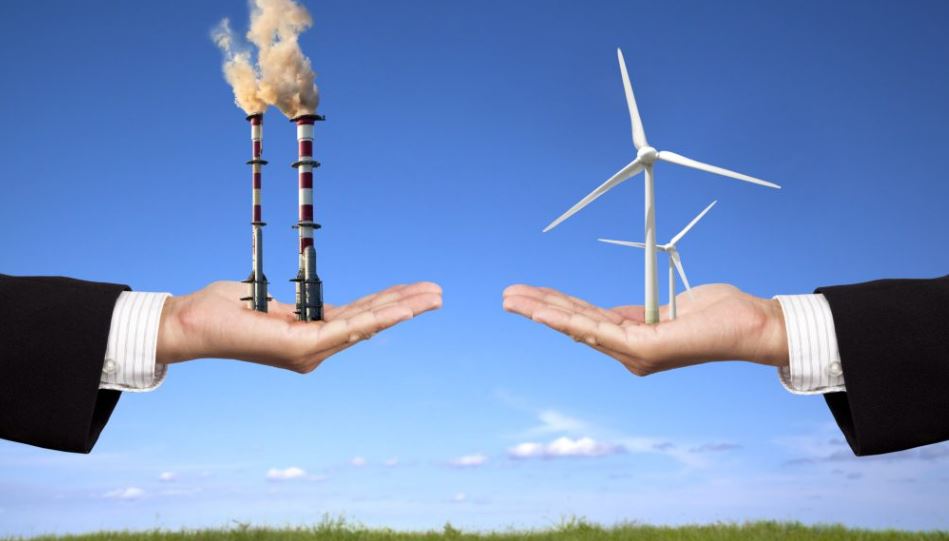 How renewable energy advocates are hurting the climate cause

In the wake of the 2016 presidential election, the proliferation of misinformation on social media is finally getting the attention it deserves. Or so I thought.

Scrolling through my Facebook news feed recently, I stumbled upon an article shared by Climate Central, a nonprofit news organization focused on climate science. “The World’s Renewable Energy Capacity Now Beats Out Coal,” read the headline from Co.Exist. I clicked. “The tipping point marks a major milestone in the transition to cleaner power sources,” the subhead declared from atop an aerial photo of a wind farm.

And so went most of the coverage of a new report on renewable energy markets by the International Energy Agency, a well-respected source of global energy statistics. Outlets big and small, reputable and lesser-known, specialized and general, adopted similar headlines, subheads and ledes, accompanied by photos of wind turbines and solar panels.

“Installed capacity is not really a useful metric for a lot of purposes.” –Mark JacobsonThe problem is twofold. First, capacity is a highly selective way to measure electricity, especially in the context of emissions and climate change. Capacity is defined as the maximum electric output a generator can produce under specific conditions at a moment in time — for example, how much a solar farm can generate during a sunny summer day or a wind farm when it’s really windy. But, of course, the sun doesn’t always shine or the wind always blow.

“Installed capacity is not really a useful metric for a lot of purposes,” Mark Jacobson, an engineering professor at Stanford University who studies renewable energy, told me. “When you’re asking, ‘how much is this supplying, how much is wind supplying versus coal?’ you want to look at the actual energy delivered.”

That’s commonly called generation, and is defined as the amount of electricity produced on average over a period of time, such as a year. Sure enough, if you look at generation numbers, coal still beat out renewables in 2015 by a significant margin, 39 percent to not quite 24 percent.

Second, and perhaps more importantly, most readers, and apparently many journalists, equate “renewables” with wind and solar. But the IEA’s renewables category also includes hydropower and biomass. According to the IEA, 71 percent of global renewable electricity generation in 2015 came from hydropower, 15 percent from wind, 8 percent from bioenergy and 4 percent from solar. In other words, it’s not wind and solar that have overtaken coal, it’s a basket of renewables heavily dominated by hydropower. While growth in wind and solar installations have certainly helped push renewables’ share up, hydropower also has been growing in recent years. When you include all sources, hydropower currently generates around 16 percent of the world’s electricity; wind, almost 4 percent; biopower, 2 percent; and solar, just above 1 percent.

These two subtle forms of miscommunication, I believe, have led to some unfortunate misperceptions. A recent survey found that, on average, Americans believe that the country gets 20 percent of the total energy it consumes from wind and solar (11 percent wind, 9 percent solar). Part of this is likely due to the common but erroneous conflation of “energy” and “electricity.” But even if you look at just electricity, the numbers for the U.S. still don’t come close to 20 percent. The U.S. Energy Information Administration’s 2015 statistics show that 4.7 percent of the country’s electricity was generated from wind, with 0.6 percent coming from solar. That’s a 14-plus percentage point difference between what Americans think and the truth.

It’s hard to blame them, with confused and confusing coverage of renewable energy statistics popping up in their social media feeds and on news outlets they’ve come to trust. On top of that, most social media sharers never even read the articles they share. According to a recent study, 59 percent of links shared on Twitter have never been clicked, underscoring the outsize influence of misleading headlines, subheads and header photos. And research has shown that misleading and clickbait headlines have a lasting effect on how those who actually read articles interpret and remember their content.

Making wind and solar seem like they’re doing better than they really are could come back to bite them — and the climate.“This is typical of modern information consumption,” said Arnaud Legout, co-author of the study on social media sharing, in a statement. “People form an opinion based on a summary, or a summary of summaries, without making the effort to go deeper.”

It’s understandable that environmental organizations and activists would want to build public enthusiasm for renewable energy. But making wind and solar seem like they’re doing better than they really are could come back to bite proponents — and the climate. If members of the public think we’re well on our way to throwing fossil fuels into the dustbin of history and replacing them with renewables, they’ll be less likely to demand new policies and take actions to lower their own carbon footprints. The public may even come to see wind and solar as capable of outcompeting fossil fuels on their own and therefore undeserving of government subsidies and helpful regulations.

Wind and solar have made real progress in recent years. Their costs are projected to continue to decrease, and more wind and solar farms and rooftop solar arrays will continue to pop up across the country and around the world. But if the goal is to limit warming to anywhere near the level world leaders agreed to in Paris in 2015, significant challeznges remain — and pretending like everything is going great is not going to fix them.

Editor’s note: The views expressed here are those of the author and not necessarily of Ensia. We present them to further discussion around important topics. We encourage you to respond with a comment below, following our commenting guidelines, which can be found here. In addition, you might consider submitting a Voices piece of your own. See Ensia’s “Contact” page for submission guidelines.

Morgan Stanley: Buy Apple now before earnings next week because the bad news is already in the stock. To more cachettrading.com