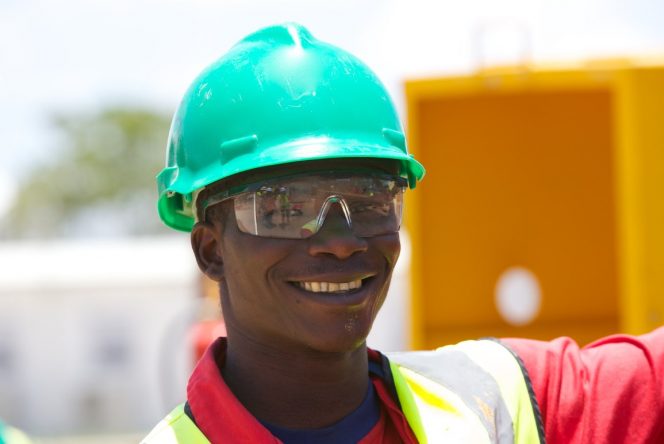 In an update on Tuesday, Anadarko, which will develop its offshore gas fields via an onshore LNG plant in Mozambique, said that the company was progressing towards making a Final Investment Decision for the project in the first half of 2019.

“With continued LNG marketing advancements, Anadarko and its Area 1 co-venturers established a clear line of sight to approximately 9.5 MTPA of long-term SPAs, which enabled the formal launch of project financing in December 2018. Activities are progressing to finalize project finance arrangements with lenders and to secure all partner and government-related approvals required to proceed with FID,” Anadarko said.

Anadarko-operates the Mozambique LNG project which will be Mozambique’s first onshore LNG development. Fed by gas from the Golfinho/Atum fields located within Offshore Area 1, the project will initially consist of two LNG trains with the total nameplate capacity of 12.88 MTPA.

The Golfinho/Atum Project will also supply initial volumes of approximately 100 million cubic feet of natural gas per day (MMcf/d) (50 MMcf/d per train) for domestic use in Mozambique.

Anadarko made its first discovery in the Offshore Area 1 of the deepwater Rovuma Basin back in 2010, 40 kilometers offshore, and in water depths of approximately 1,600 meters. The company and its partners have since discovered approximately 75 trillion cubic feet (Tcf) of recoverable natural gas resources in Offshore Area 1.

“An additional 2.0 MTPA of contracted volume has been finalized and is anticipated to be executed prior to FID. This progress enabled the formal launch of project financing in December 2018.”

The company also reminded it had preferred offshore construction and installation contractor consortium was selected during the 4th quarter with contracts awarded to Van Oord and Technip.

Total workforce at the Afungi site increased in the 4th quarter to approximately 5,000 Mozambicans, who are advancing major onshore infrastructure projects, including resettlement, roads, camps, and an airstrip. The initial phase of the resettlement village is expected to be complete in the 1st quarter, Anadarko said.

As reported earlier this week, Tokyo Gas and Centrica jointly committed to buying 2.6 million tonnes of LNG per year, delivered ex-ship from Mozambique LNG from the start-up of production until the early 2040s.

On the same day, Shell committed to buying 2 million tonnes of LNG per annum (MTPA) for a term of 13 years. China’s CNOOC will acquire 1.5 million tonnes per year over 13 years too. In 2018, Anadarko also signed gas sale and purchase deals with EDF and Tohoku.