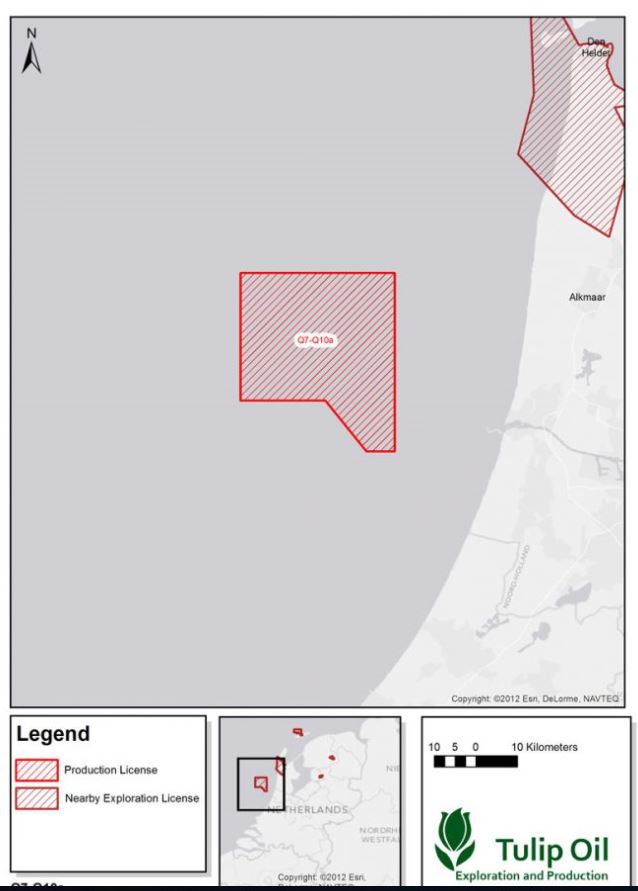 Dutch privately-held exploration and production operator Tulip Oil has started gas production from its Q10 offshore gas development in the Dutch North Sea.
According to the company’s statement, the initial gas production from the well QA-01 started on Friday, February 15, 2019, to be processed at TAQA P15 platform before being sold to market.
The production started just 12 months after taking the final investment decision (FID) on the project.
Imad Mohsen, Chief Executive Officer stated: “Following one of the largest gas finds in the last decade in the Dutch North Sea, Tulip has demonstrated it can also successfully execute the largest natural gas project in Holland in 2018, with a perfect safety record, excellent quality while using best in class contractors that have delivered at unheard of cost and schedule.
“Throughout the process we benefited from the support of our equity and bond investors as well as the full technical and financial backing of our JV partner, State-owned Energie Beheer Nederland B.V. (EBN).
“We were aiming to be the benchmark to beat for finding and developing hydrocarbons in the future.”
The development required the installation of a 42km pipeline by Allseas from the Q10A location to the P15d platform for export, which was installed just six months after the FID. The unmanned offshore platform was built by Heerema Fabrication Group and installed offshore in December 2018 using Deme Apollo vessel.
In additional to the first discovery well Q10A-01, which has been put on production, up to four additional wells are being drilled by Borr rig, Prospector-1. Production will be ramped up slowly as these wells are put on stream.
“Tulip has delivered as promised to our investors, bondholders and our joint venture partner Energie Beheer Nederland B.V. (EBN). Finishing ahead of schedule and on budget is a great achievement and Q10-A will be the cornerstone production and cash generator for the company’s future growth,” stated Martin Bell, Chief Finance Officer.
The Q10 gas field was discovered in 2015 and lies 20km offshore the Netherlands in a shallow water environment. Tulip Oil owns a 60% interest in the Q07a/Q10 block and is the operator. Energie Beheer Nederland B.V. (EBN) holds the remaining interest.